Larry Johnson, owner of Lloyd's Tire & Auto Care in Santa Cruz, CA talks about the efficiency and productivity of HawkEye Elite® and the profitability of doing wheel alignments as a low-risk, high-reward job.

When something works, do more of it. At Lloyd's Tire and Auto Care Inc., that something is alignments, and the Santa Cruz, Calif., store is doing 15 to 20 a day.

Alignments are low-risk, high-profit jobs. The secret to doing more of them starts with striving for one alignment out of every four retail tires sold.

The one-alignment-to-four-tires-sold ratio is a benchmark suggested by Dealer Strategic Planning Inc. (DSP), which manages tire dealer 20 Groups. “That doesn’t mean a car getting two tires doesn’t get an alignment, and it doesn’t mean every car getting four tires gets an alignment, says George Kingman, DSP executive director. “But of all the retail tires sold, the ratio should be about one to four.

Kingman notes that with the right mix of business, alignments can be “incredibly impactful to a store bottom line because they are 100% gross profit. In addition, chances for something going wrong when performing an alignment are small, making it a repair with a low comeback rate.

“The alignment rack is the most expensive piece of equipment in the entire shop. If the alignment rack is not being utilized, it's a wasted profit center, says Kingman. Lloyd's Tire and Auto Care co-owners Larry Johnson and Dean Schwartz have been members of a DSP 20 Group for the last decade. Johnson grandfather founded the company in 1940. Schwartz joined as a business partner in 1998. The Santa Cruz store became fully certified in hybrid car repair in 2013. The store generates about 60% of revenue from tires and 40% from auto repair. It employs six dedicated tire technicians and eight mechanical techs, as well as two alignment techs.

In addition to the Santa Cruz store, the company has a six-bay store about five miles away in Scotts Valley, which opened a year ago and provides mechanical service and tire sales. There is also a four-bay store in Capitola, Calif., that only sells tires.

Johnson and Schwartz expanded the Santa Cruz location in 2015. The expansion involved renovating an adjacent building into an alignment and mechanical shop, adding about 10,000 square feet and three alignment bays.

Before the expansion, the store aligned about eight vehicles a day on a single alignment rack. Today, the Santa Cruz store comprises two buildings and 20 service bays. Four bays are equipped with Hunter Engineering Co. equipment and are dedicated to alignments.

An average of 80 tires a day are sold at  the Santa Cruz store. The high tire volume creates plenty of opportunities for alignment sales. “We make it a priority to ask every customer, whether they are getting an oil change or a set of tires, if they want an alignment, says Johnson. The request is documented on the work order and invoice, which indicate whether the customer accepted or declined an alignment for their vehicle. “So we know we are asking, and we know if they decline, says Johnson.

A sharper focus on alignment sales was just one step toward the goal of one alignment for every four retail tires sold. When the Santa Cruz store expansion was completed, a second technician was hired. “We have two dedicated alignment techs. That’s all they do. They’re very specialized, says Johnson.

Alignments generate additional mechanical work as the technicians inspect the brakes and front end of vehicles. "We’re getting a lot of upsells from alignments," says Johnson. "Upsells on suspension for light trucks in particular can generate up to 15 times more revenue than the alignment alone."

Issues flagged by the alignment techs are inspected by a front end or brake technician, who also performs any repairs in a separate service bay. "A lot of places don’t value their alignment techs," says Johnson. "Our guys have been fully trained, and they’re not rookies. They do a very thorough inspection of each vehicle."

ALIGNMENTS ARE A LINE ITEM

Lloyd’s Tire is following a DSP recommendation to use alignment bays for alignment service only.

Dealers also need daily reports on the number of alignments performed versus tires sold. "If you are not looking at reports, you have to guess where you stand, and you always overestimate your success," says Kingman.

Alignments are a line item on the reports tracking the sale of tires and mechanical work daily, year-to-date and year-over-year at Lloyd’s Tire. Johnson and Schwartz use the reports to keep their sales team focused on the one-alignment-to-four-tires-sold benchmark.

Says Kingman, "What is monitored is what changes. If you don’t talk about it, nothing will change."

DSP’s recommended benchmark is important to tire stores of all sizes and sales volumes because alignments are "all pure profit," says Johnson. The Santa Cruz store performs 15 to 20 alignments a day at $99 to $149 per alignment, depending on the vehicle.

"If you’re competing with the big box stores for tires, you might only make $10 a tire. But if you can make $129 on your alignment, that brings the profit up," says Johnson. "The main thing is to make sure your sales people ask for the alignment because a lot of customers think tires and alignments go hand in hand." 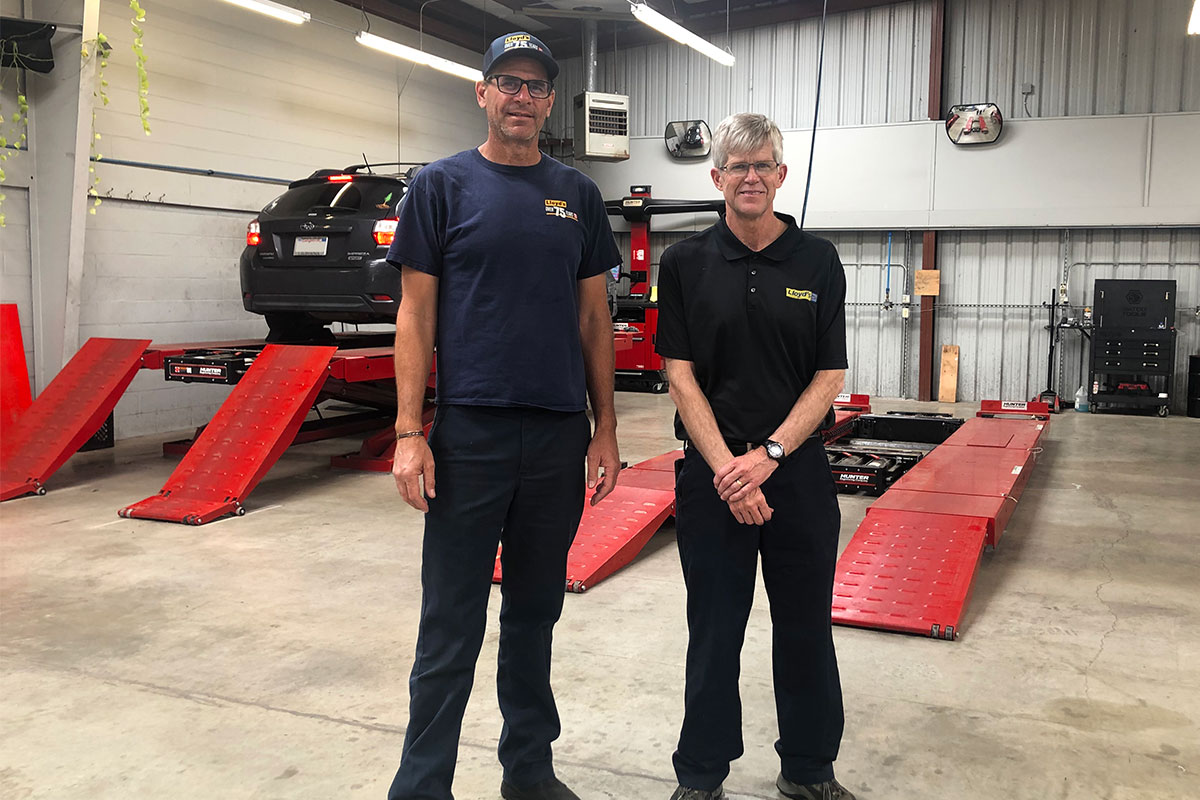 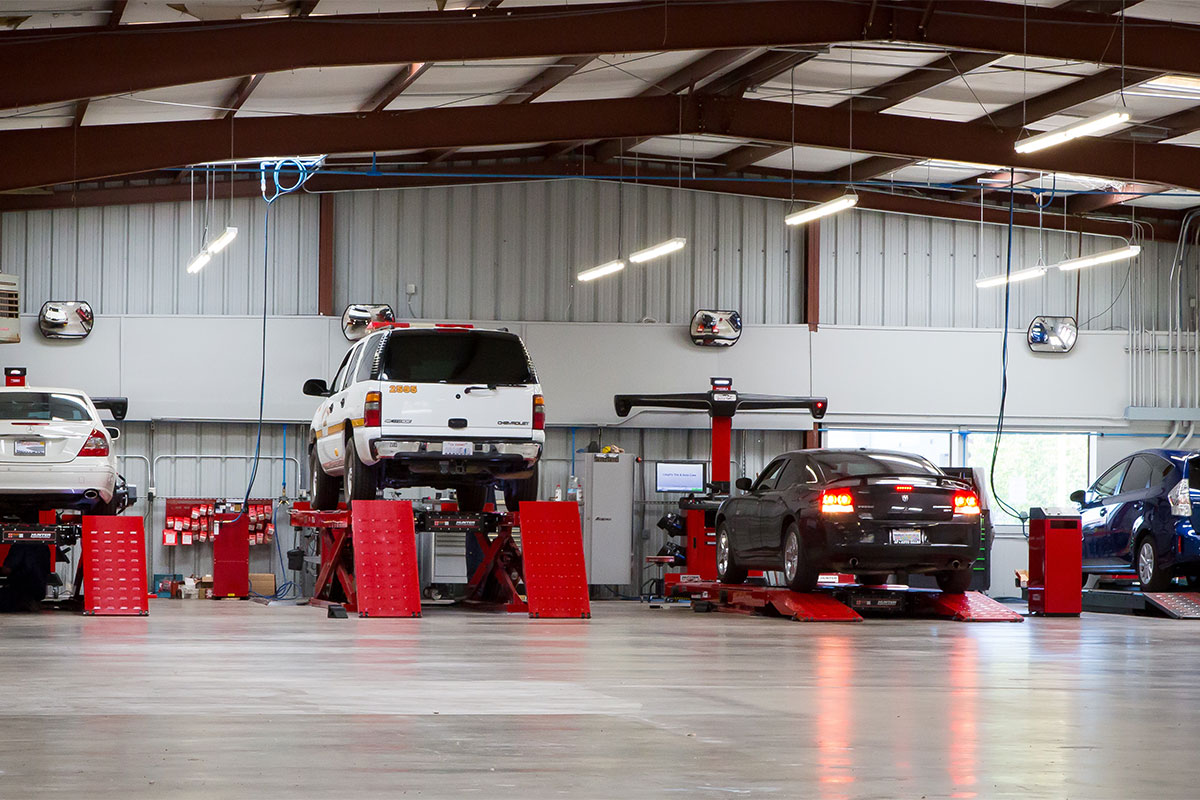 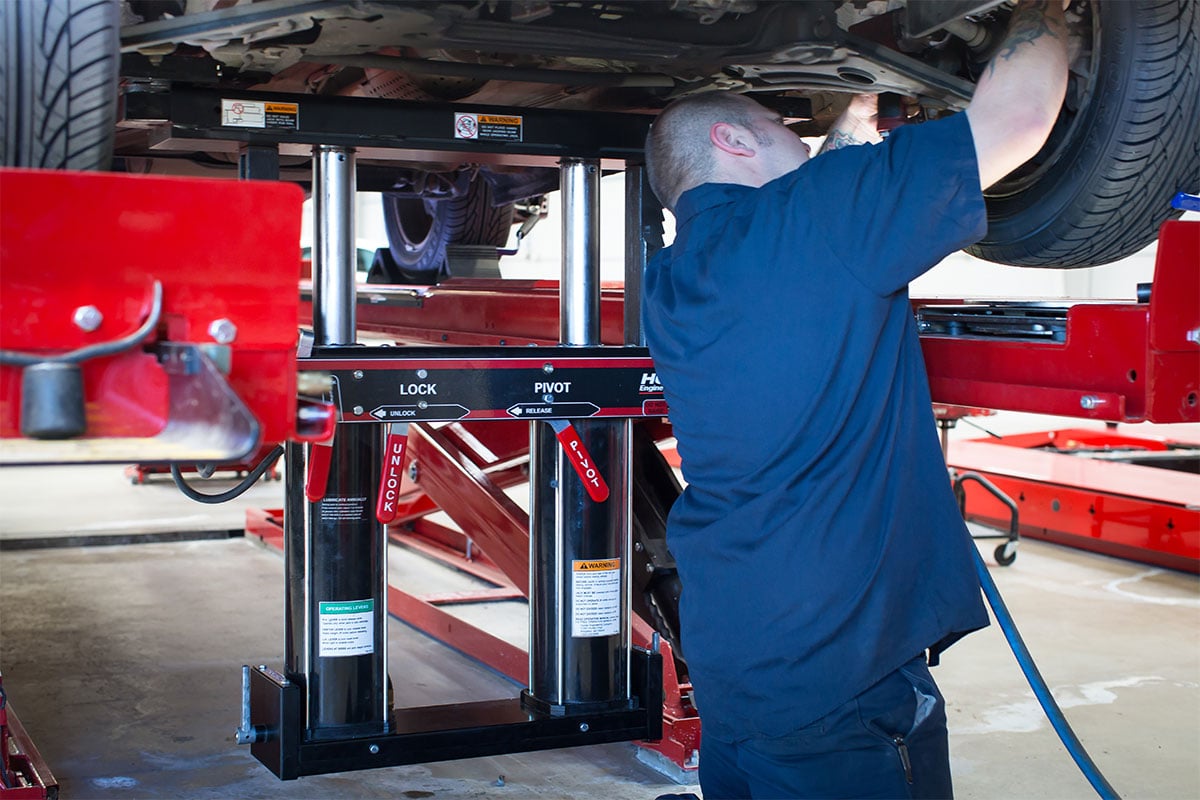 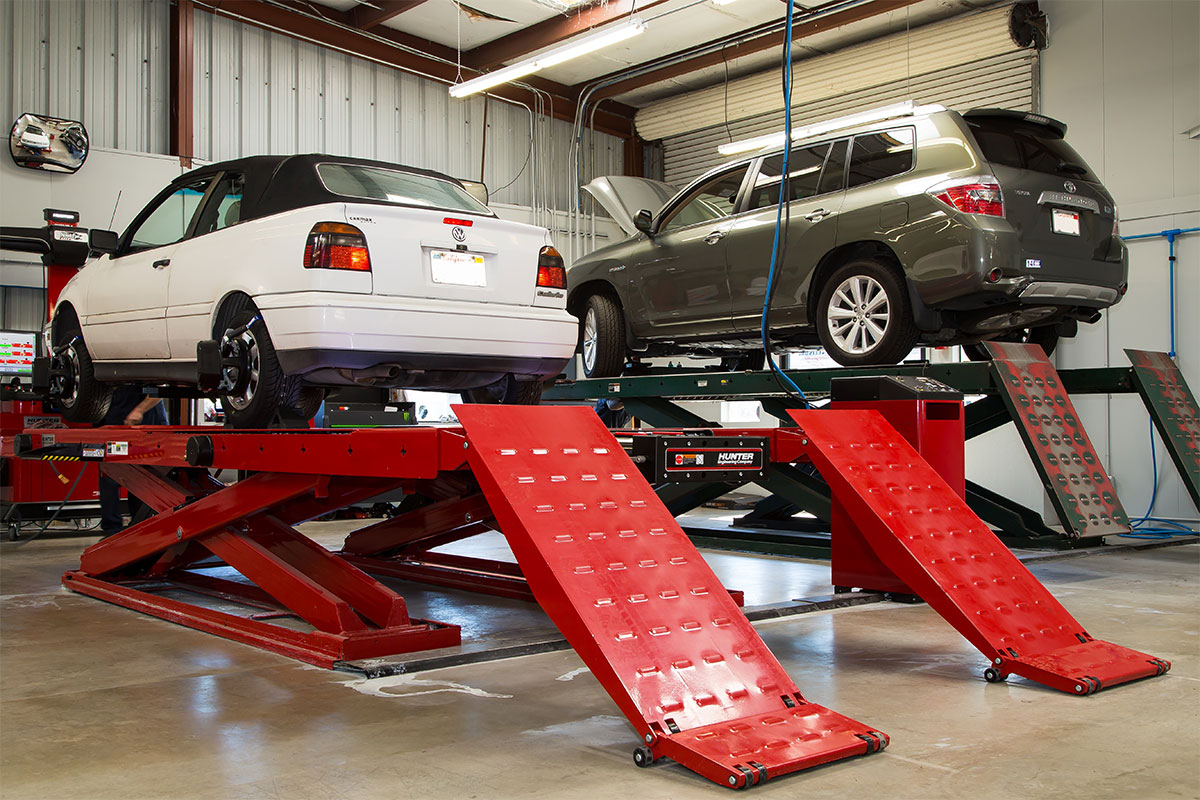 There's a reason that Hunter is the world leader in undercar service equipment, and real users are speaking out to explain why. 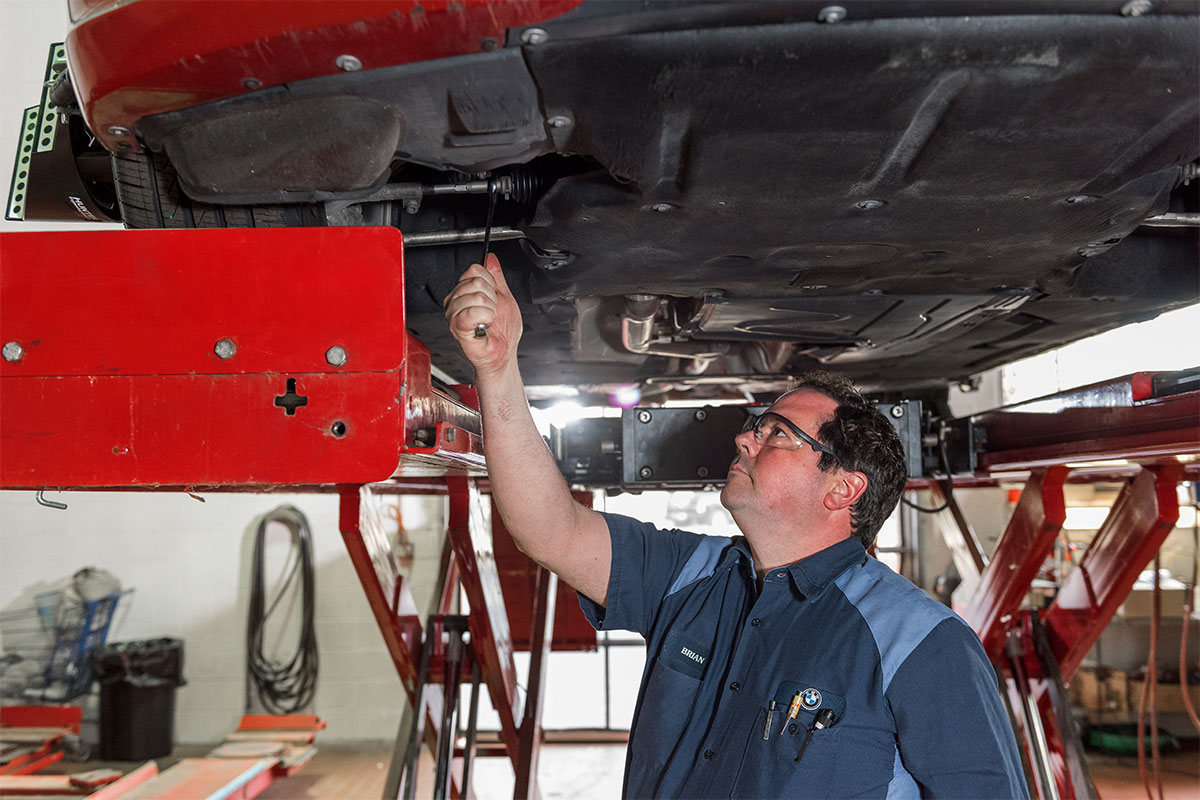